Brady Scholars have been traveling the world since the Program began in 2008.  Students have worked, studied, and expanded their own communities on 6 continents. 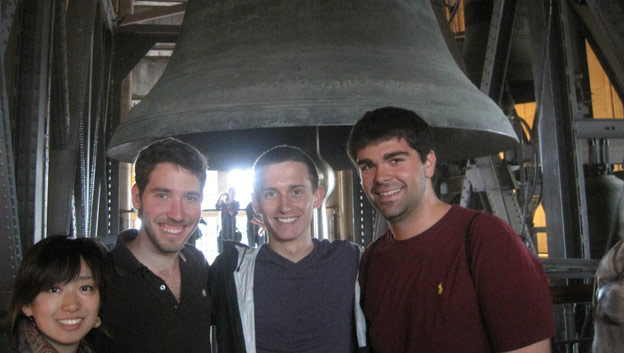 John Secaras, Brady '14 with two fellow Northwestern students and one  who joined the program from Japan. They climbed to the top of the bell  tower of the historic Cologne Cathedral in Germany. 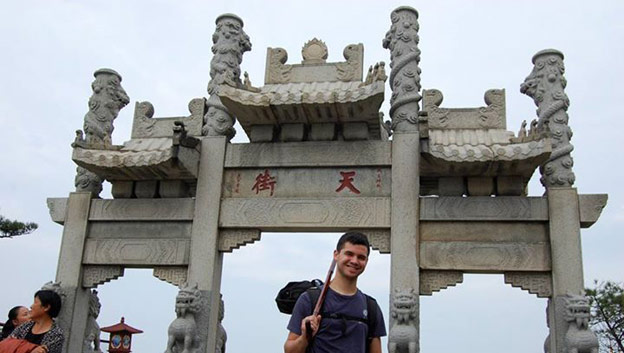 Brady 2015, Connor Tatooles near the summit of Mt. Tai in the Shandong province of China. 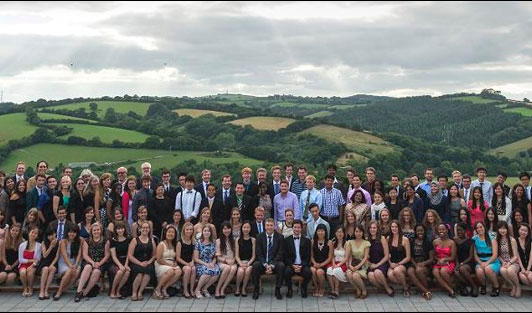 Veronica Benduski, Brady 2015 with students of the University of Exeter International Summer School.