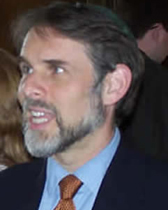 Samuel Fleischacker studied at Yale University, receiving his Ph.D. in 1989.  He works in moral and political philosophy, the history of philosophy, aesthetics and the philosophy of religion. Among the issues that have particularly interested him are the moral status of culture, the nature and history of liberalism, and the relationship between moral and other values (aesthetic values, religious values, political values).  Professor Fleischacker has been a Fellow of the University Center for Human Values at Princeton, the Institute for Advanced Study in the Humanities at Edinburgh University, and The Institute for the Humanities at UIC.  He taught previously at Williams College. 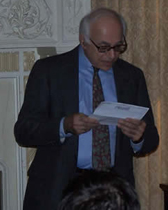 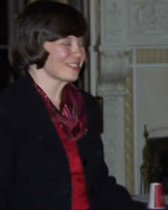 Sondra Wheeler completed her undergraduate education at Wesleyan University in Connecticut, and her seminar and doctoral work at Yale University. She taught moral theology at Dusquesne University in Pittsburgh before going to Wesley Theological Seminary in Washington DC, where she is the Martha Ashby Carr Professor of Christian Ethics. Her particular interests are in biblical ethics, the historical roots of moral theology and the intersection of bioethics and the commitments of communities of faith. She has written a number of books and articles in these and other areas, including What We Were Made For (2007) and has been working on a book provisionally titled, Children of Our Own: Creation and the Limits of Parental Power. 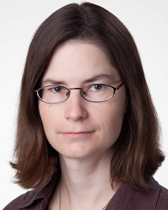 Andrea Westlund holds a joint appointment in Philosophy and Women's Studies at the Univeristy of Wisconsin-Milwaukee, where she has been teaching ethics, social and political philosophy, and feminist theory since 2003. Her work focuses on the concepts of autonomy, authority, and joint deliberation, and she is particularly interested in the ethics of friendship and love. She also has a strong interest in moral emotions about wrongdoing, such as anger, compassion, and forgiveness. Professor Westlund earned her B.A. in philosophy and economics from the University of Winnipeg in 1994. She went on to earn her M.A. in philosophy from Queen's University (Kingston, Ontario) in 1995, and her PhD in philosophy from the University of Michigan in 2001. She taught in the Department of Philosophy at the University of Pittsburgh from 2001-2003, before relocating to Milwaukee, and has held research fellowships at the UW-Milwaukee Center for 21st Studies and the UW-Madison Institute for Research in the Humanities. 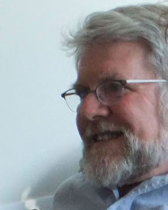 Paul Lauritzen has served as Director of the Program in Applied Ethics at John Carroll University for the past thirteen years. His research interests include bioethics, human rights, Catholic moral theology, and the role of appeals to experience in moral argument. He is the author or editor of four books, including Pursing Parenthood: Ethical Issues in Assisted Reproduction; Cloning and the Future of Human Embryo Research; The Ethics of Interrogation: Professional Responsibility in an Age of Terror. This book examines the debates among various professional groups about the proper role professionals should play in the war on terror. Lauritzen was co-editor of the Journal of the Society of Christian Ethics and serves on the editorial board of the Journal of Religious Ethics. He writes regularly for the national Catholic magazine, Commonweal, where he also blogs and produces occasional podcasts. 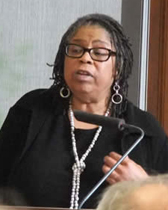 Erna Smith teaches journalism history, ethnic diversity and U.S. journalism, and magazine writing. She specializes in news media and public affairs in South Africa, as well as content analysis and diversity issues in news media and coverage. Ms. Smith has developed curriculum and training programs for student and working journalists, and researches, reports, writes and edits public affairs for local, state, national and international publications. Ms. Smith earned a Bachelor of Journalism at the University of Texas at Austin in 1977, and a doctoral equivalency at San Francisco State University in 1990. She is a former instructor at the Graduate School of Journalism, Columbia University, and in 1992 was a research fellow at Harvard University's Shorenstein Center on Press, Politics and Public Policy. Ms. Smith taught at the University of Southern California's Journalism program from 1998-2000, and taught at the Danish School of Journalism in 2003. Smith chaired the journalism department at San Francisco State University and was senior director of its Center for Integration and Improvement of Journalism. She has been a professor of professional practice at the University of Southern California's Annenberg School for Communication and Journalism since 2008. She directs the college's graduate internship program in Cape Town, South Africa. 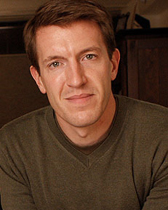 Professor Kelts comes to Northwestern from The George Washington University. For ten years, he has run GW's Politics & Values program, an intensive living and learning community aimed at the University's most talented and politically-engaged freshmen. He has also been the faculty advisor for numerous Alternative Breaks, including trips to New Orleans to help with Hurricane Katrina recovery, and international trips to Ecuador and Nicaragua. He spent the past six years as Faculty in Residence, participating in the intellectual life of GW residence halls. His work focuses on the ideological roots of the American Constitution, in particular the divergent economic ideologies of the American Founders. This year, he will complete a book about James Madison and the Virginia Plan, arguing that Madison designed the institutions in that plan to generate specific economic outcomes. Far from the usual picture of Madison as protector of the elite, this book argues that he was motivated by a vision of agrarian fairness, aiming at a widespread distribution of land among American citizens. Professor Kelts received an A.B. from Harvard College in 1994, and a Ph.D. in Political Science from Stanford University in 2002. 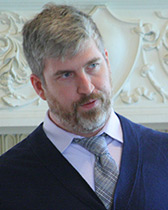 Professor David Killoren was born and raised in Saint Louis, Missouri. He received his Ph.D. in Philosophy from the University of Wisconsin-Madison in 2012. Before coming to Northwestern, he spent six sunny semesters in Myrtle Beach,South Carolina, where he was a fellow in the Jackson Family Center for Ethics & Values at Coastal Carolina University. All of his work is in the field of ethics. In metaethics, he is particularly interested in epistemological and metaphysical problems for moral realism. In ethical theory, he is worried about the possibility and actuality of irresolvable moral dilemmas. In practical and applied ethics, he works in animal ethics, political ethics, and the ethics of charitable giving. 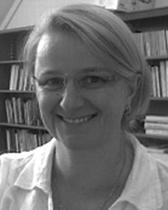 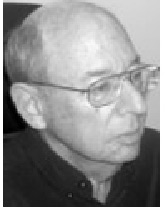 Professor Gerald Dworkin received a BS in Mathematics from the City College of New York, an MA from the Group in Logic and the Methodology of Science at the University of California at Berkeley, and a Ph.D in Philosophy from UC Berkeley. He has taught at Harvard, MIT, the University of Illinois at Chicago, and the University of California at Davis. He works in moral, political and legal philosophy. Some of his major concerns are the nature and value of autonomy, the principles that govern what the state may make criminal, when paternalistic restrictions are permissible, and medically-assisted dying. He has served as editor of the journal Ethics. He has been a Visiting Fellow of All Souls, Oxford, and Visiting Scholar at the Australian National University, the Hastings Center, the Bellagio Study Center, and the Center for Bioethics at the National Institutes of Health.

A.W. Eaton is an Associate Professor. She received her PhD from The University of Chicago in both philosophy and art history in 2003. She works on topics in feminism, aesthetics and philosophy of art, value theory, and Italian Renaissance painting. Her special interests include the epistemological and ontological status of aesthetic value, the relationship between ethical and artistic value, feminist critiques of pornography, representations of rape in the European artistic tradition, and artifact teleology (for more details and publications, see her website). Professor Eaton was a Laurence Rockefeller Fellow at Princeton's Center for Human Values in 2005-6. She is the editor of the Aesthetics & Philosophy of Art section of Philosophy Compass.